By : ToddSanders In : Roadhouse Relics 0 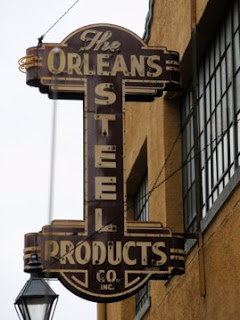 Yesterday my wife and I returned from a 4 day trip to New Orleans, Louisiana. It was her first trip. I’ve been several times, but not since Hurricane Katrina. The old city was very much the same, and in a way, I’ll never see it as it once was ever again.

The old girl is having a rough time, with many old familiar places now closed or going out of business. Although many sights saddened me,I want to talk about what is still great about New Orleans, and its wonderful people.

We arrived on Thursday afternoon and checked in to the Monteleone Hotel, standing at the foot of the majestic Rue Royal Street. Although the Monteleone was created in 1886, the section we stayed in was built in 1903, I believe.

After a brief rest we wandered out in to the worn cobblestone streets and began exploring the old haunts that once were visited by the likes of Mark Twain, William Faulkner, Jean Lafitte and Jim Bowie, as well as other Saints and Sinners.

Our first stop was the Absinthe House(not to be confused with the Old Absinthe Bar, which I’ve always loved but is now gone forever) Where Sarah and I both had the signature drink of the Quarter, the Hurricane. One is plenty, and two is about three too many! We walked Rue Canal for awhile and went to bed.

Friday, We had another signature experience found only in New Orleans, Beignet’s at Cafe Du Monde. Although it is a MUST DO while visiting the city, I think it is overrated (give me a Shipley’s do-nut any day). We wandered the French Market, the old Jax Beer Brewery and visited some great sights, including the WAX Museum. I had a great Irish Coffee at Molly’s at the Market Bar.

New Orleans is known for excellent food, and we did our best to experience the best the town had to offer. Here are a few spots that I absolutely loved and highly recommend. Felix’s Seafood, Johnny’s Po Boys (only open ’til 4 P.M.). Irene’s Place, Court of Two Sisters, and Nacho Mama’s on Magazine St.
The real reason I’ve gotten off of my butt and doing my first blog in over a year are to write about some kindred spirits we met and wanted to share. On Saturday, We went down Magazine Street to do some shopping. As we were driving, Sarah noticed a sign shop which made my mouth water. It is called Mystic Blue Signs, 2212 Magazine St. This wonderland of curiosities is operated by Yvette Rutledge and Vince Mitchell.

I couldn’t believe our luck! The work was absolutely stunning, and they couldn’t have been more welcoming. The other serendipitous meeting was at a place recommended by Yvette called Sputnik Ranch, They are Gary and Debra Parky. These guys are super cool, and so is their shop. There are many places that have been forced to close since Katrina, but this is a success story. Sputnik ranch was created after the flood in a spot that became available because a C.D. shop decided to hang it up after the flood wiped out their inventory. From Manuel/Nudie suits to vintage bicycles to great artwork by Tim Biskup, Nina Friday, And L.S. Williams, they have an amazing eye for the coolest stuff. I wanted to take it all home. Sarah did buy a framed print called Rock N Roll Angel by Mitch O’Connell, which she absolutely loves.

These guys have a band called The SophistiCats, you should check them out. We listened to a C.D. that they gave us as we were leaving NOLA, awesome music. They would do well at the Continental Club in Austin, Tx. One sad note about New Orleans is the antique neon signs that vanished after the storm. Some were saved and went to collections, some simply disappeared and will never be found. I know it is hard to believe, but it is true.

Some of my favorite signs are no longer there including the Sugar Bowl Courts, Red Goose Shoes, Picadilly, and The Civic, but many have survived. My favorite survivors are Half Moon, Monteleone Hotel, The Pearl, Walgreen’s on Canal, and Tujague’s.

New Orleans is one of the only cities that has its own neon style. I can see a photo of a neon sign and can tell that it is from New Orleans. Chicago is the other city with its own neon style. Oddly, the 2 cities are very much the same style. Both have an opulent flavor that stops me in my tracks. It would be a dream come true to be a part of the design and fabrication of new “vintage” neon signs to decorate New Orleans.

Saturday night we went back to Canal and watched a parade for a few hours. We made more friends, including a great guy called “Charlie Two Shoes”. Charlie holds court along Canal and Royal, and is Sarah’s new best friend.

Sunday Morning came too soon. We packed up our gear, had one last Beignet and coffee, and headed West. We’ll be back very soon, and in the meantime New Orleans will surely be missed. 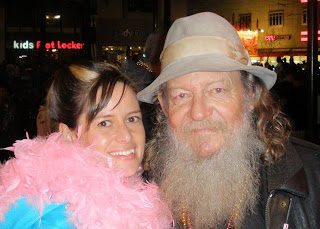 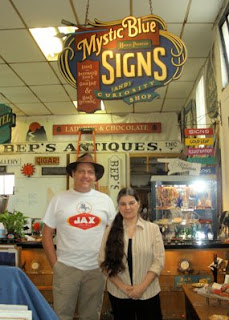 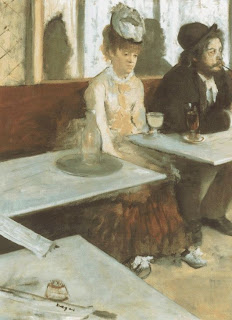 Talkin’ about Todd Sanders in Norway

https://www.facebook.com/craftywestern/Hey! Check out this facebook page. Sarah Thompson has her own unique style, and it shows very well. She combines…